Blockchain, Integration, Streaming Analytics, Ethereum, Hyperledger => Why blockchain is the next big thing for middleware and analytics.
Total
0
Shares
0
0
0

In the fast few weeks, I have published a few articles, slide decks and videos around Blockchain, Middleware, Integration, Streaming Analytics, Ethereum, Hyperledger. I want to share the links here… 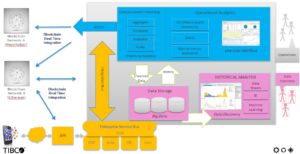 Blockchain – The Next Big Thing for Middleware

InfoQ article: “Blockchain – The Next Big Thing for Middleware”

Here is a video recording which summarizes why Blockchain is the Next Big Thing for Middleware.

We are approaching Blockchain 3.0 these days. You ask “3.0”? Seriously? Blockchain is still in the early adoption phase! Yes, that is true. Nevertheless, while we are moving forward to real world use cases in various industries, we see that you need more than just a blockchain infrastructure. You need to build decentralized applications. These include blockchains, smart contracts plus other applications plus integration and analytics on top of these solutions. This articles shows how to leverage Streaming Analytics in combination with blockchain platforms like Hyperledger or Ethereum.

You can also take a look at the video recording about “Streaming Analytics with TIBCO StreamBase and Ethereum Blockchain“.

Right now, we are working on other very interesting blockchain content, for example:

Read More
Can and should Apache Kafka replace a database? How long can and should I store data in Kafka?…
Read More
15
0
0
Apache Camel is one of my favorite open source frameworks in the JVM / Java environment. It enables easy integration of different applications which use several protocols and technologies. This article shows when to use Apache Camel and when to use other alternatives.
Read More
8
0
0 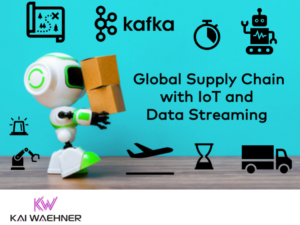